Arsenal are in a three-way fight for Leicester City midfielder YouriTielemans according to transfer guru Fabrizio Romano. The Italian journalist said the Gunners and two other unnamed clubs want to sign Tielemans who has a year left on his current Leicester City deal and he’s not prepared to sign a contract extension. The Foxes are resigned to his imminent exit, but they would want to recoup the £40m spent on him. Tielemans, 25, initially joined Leicester City on loan from French club AS Monaco during the 2019 January transfer window before the move was made permanent later in the year. 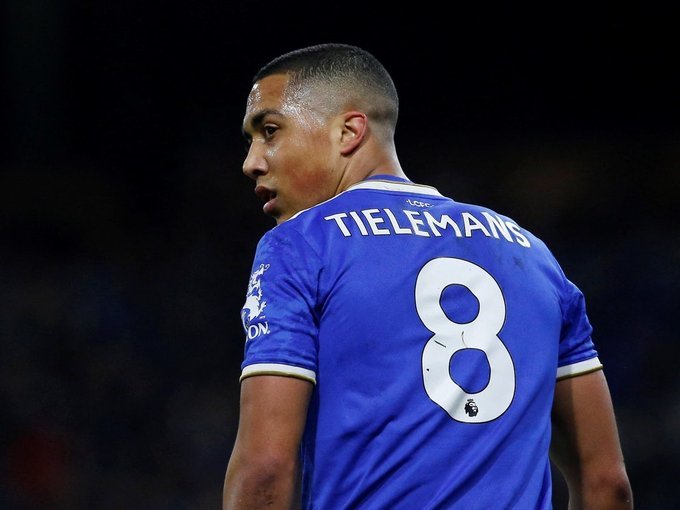 Transfer news specialist Romano also said Arsenal know they will have to patient to seal a deal for Tielemanswho has spent three-and-a-half years at the King Power Stadium since he moved to England from French football.

Tielemans is a key player for Leicester City. He has been one of the first names in the Foxes midfield over the past few seasons. His biggest contribution at Leicester City till date was when he scored the winning goal during the 2021 FA Cup final. The Belgian international scored from long range as Leicester City beat Chelsea 1-0 to win the FA Cup trophy for the first time in their history. Chelsea were favourites for the aforementioned FA Cup final, but the Foxes were able to overcome the Blues thanks to the moment of brilliance from Tielemans.

Romano said two other clubs are in the hunt for Tielemans.One of the two unnamed clubs could be Manchester United who have been heavily linked with the player. The Red Devils are keen to overhaul their midfield this summer after the departures of midfielders such as NemanjaMatic, Juan Manuel Mata and Paul Pogba. Tottenham Hotspur have also been linked with the Belgian midfielder recently and they couldbe the other unnamed club.