For Arsenal football club, This is a key week, one which began on apositive note in Sunday’s 2-0 win over Southampton. The win sent them back into pole position in the race for fourth place,  and Champions League football  as Manchester United played out a stalemate with Liverpool. 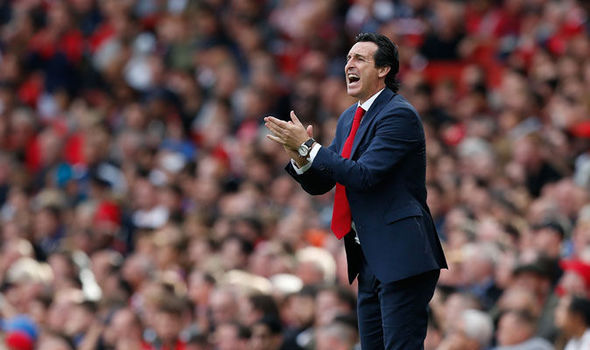 Manchester United have a lot of players missing for their trip to Crystal Palace tonight, while Chelsea play host to  Tottenham. Arsenal have an excellent opportunity to maintain their standing against a Bournemouth side, who have been poor on the road. They have lost each of their last eight away games. This the worst they have been on the road, in the top flight.

Arsenal being in the top four, is happening only the third time since late October,  and the boost of another win on what is widely considered a fragile group of players could be significant ahead of their north London derby at Tottenham on Saturday. Emery, however, is refusing to focus on the derby for now, as he is only focused on tonight’s clash.

Emery was Asked if he had a specific target points total, the Spaniard said No. He said he isn’t  because, when he compared last season total with 53 points we they have now, theywould be certain to make  the top four. He said Arsenal making the top four depends solely on this season’s performance. Although he admits it is difficult, and he needs all his players to be at their best have a clearfocus.

Comparing the current standings to that of last season, after 27 games Chelsea occupied fourth place with the same 53 points  arsenal have now. And he Blues were ahead of Tottenham who were in fifth place by just a point. The same scenario  as  the Gunners and United presently.

Liverpool sealed fourth place last season with 75 points and a similar total could be required again. This would demand a level of consistency that the Gunners have not looked capable of since their 22-game unbeaten run was ended  by Southampton in December.