German defender Per Mertesacker is expected back to the Arsenal fold after several weeks out due to injury. 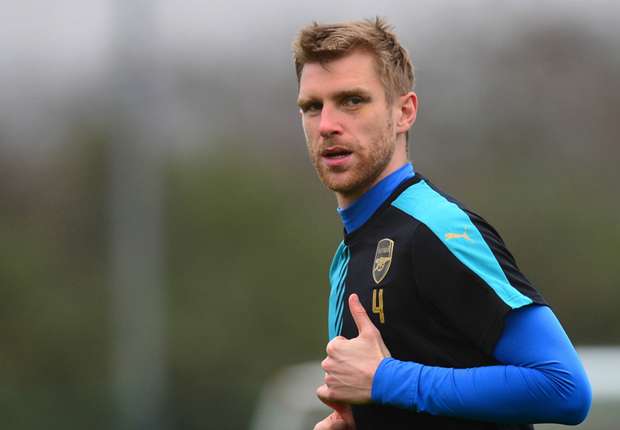 He picked up an injury in the clash against Lens in July that has ensured he missed out on all Premier League game this season. He is expected to make a return to full training soon. However, he would not be available for Arsenal’s game against Manchester United this weekend.

The 32-year old German posted pictures on his Twitter handle, showing how he was recovering and leaving a rehab facility.

“Rehab couldn’t of gone better but now all packed and ready to come back home to the team! #ReturnOfTheBFG,” Mertesacker tweeted.

Arsenal would miss Hector Bellerin as the right back is out with ankle ligament injury. Chile are risking Alexis Sanchez in their CONMEBOL Wold Cup qualifying campaign against ankle ligament injury, ignoring Wenger’s concerns. If the Chilean worsens his injury then Arsenal might have gradually building injury crises on their hands at a critical time in the season. Arsenal started the Premier League campaign well but they have fallen to fourth place, two behind log leaders Liverpool. Arsenal would need to get the results in the game against the Red Devils to continue their strong title chase.

French defender Laurent Koscielny and summer addition Shkodran Mustafi are expected to be available for the United clash. Arsenal ‘invicible’ star Ray Parlour has even said that Mustafi is the Gunners top signing this summer. The former Gunner said Arsenal have a real chance at lifting the Premier League title this season, with the help of the German World Cup winner.

“He might be a decent player going forward but the key signings for me were Mustafi and Xhaka. Them two down the spine of the team have been very strong, especially Mustafi,” Parlour told Sky Sports. The legend opined that Mustafi helped Arsenal get a competitive edge compared to when Mertesacker played.