Arsenal captain Pierre-EmerickAubameyang didn’t win the best goal award for last month in the Premier League after he was beaten to it by Everton winger Andros Townsend following the announcement on Friday. 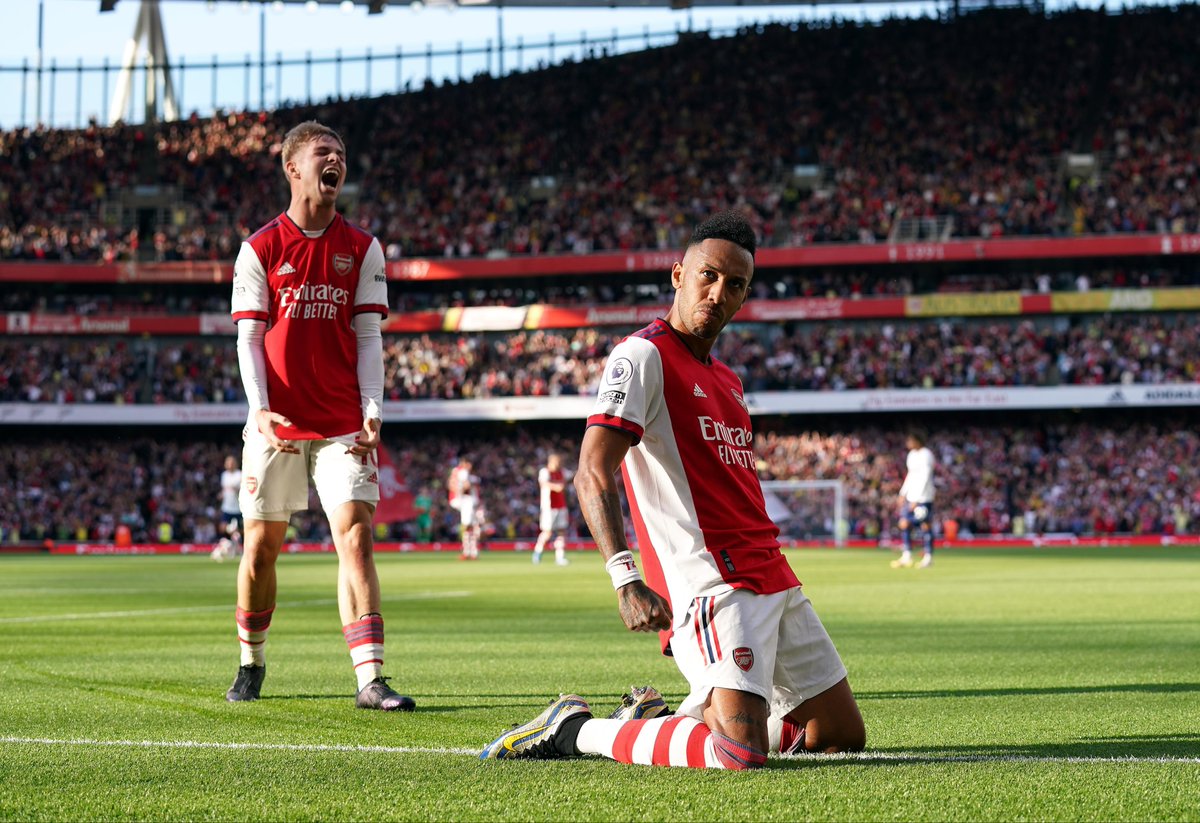 The Arsenal skipper had earlier been nominated for the award after his goal in the North London Derby encounter with Tottenham Hotspur. Arsenal striker Pierre-EmerickAubameyang finished off a flowing move to double the lead for his team after young midfielder Emile Smith-Rowe had opened the floodgate of goals.

Arsenal produced their best 45 minutes in a long time to blow their city rivals away in the first half. The Gunners scored three goals in the first half with England international Bukayo Saka getting the third goal to make it an emphatic scoreline at the interval.

Tottenham Hotspur responded in the second half but the game had already been won in the first half. South Korean attacker Son Heung-Min scored the only goal of that second half as Arsenal won the game 3-1 to make it three successive league wins. However, the run of Arsenal victories in the league was stopped in the next match after the Spurs game. The run ended with the goalless draw at the home of in-form Brighton and Hove Albion last week Saturday.

The scoreline for the game which played host to the best goal for September 2021 was also 3-1. England international Andros Townsend produced a moment of real quality with an audacious attempt that flew into the back of the net to inspire new club Everton to a 3-1 comeback win at home to Burnley. The goal would later bag the Goal of the Month Award thus making the former Newcastle United, Queens Park Rangers (QPR) and Spurs man the first player to win the award three times.

Townsend signed for Everton as a free agent in the summer at the end of his Crystal Palace contract.