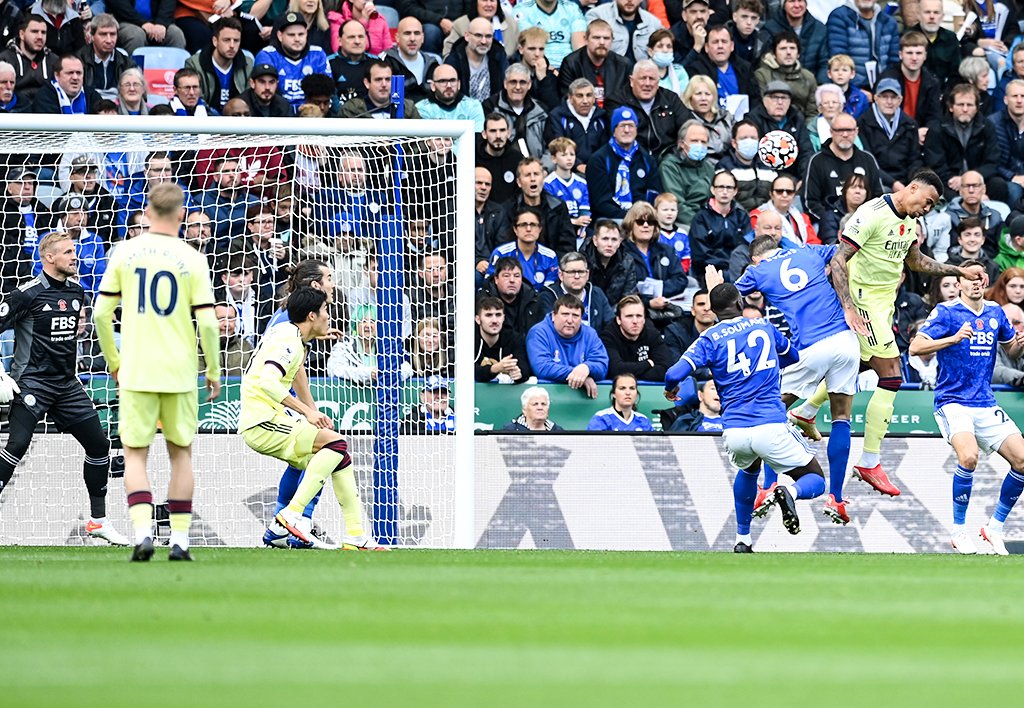 The Gunners made a fast start and they were rewarded with two goals in the first twenty (20) minutes. Leicester City were sloppy in the opening half hour and they paid dearly with defeat.

Arsenal took the lead through Brazilian centre back Gabriel Magalhaes in the fifth minute off a Bukayo Saka corner kick. The Mikel Arteta-led side had earlier gone close when Leicester City goalkeeper Kasper Schmeichel saved on his goalline off the deflection from one of his defenders, Daniel Amartey. Arsenal added a second goal through the in-form Emile Smith-Rowe on 18 minutes after good work from both Alexandre Lacazette and Bukayo Saka. Leicester City failed to clear their lines and they were punished by the England junior international for the second Arsenal goal.

England national team player Aaron Ramsdale had an inspired performance in the Gunners goal and he was the reason behind the two-goal win for his team. Ramsdale was part of the Three Lions squad as they came close to winning the Euro 2020 tournament this summer and he made a stunning save off a James Maddison free-kick just before the half-time break. The save from compatriot Maddison is an early contender for the best save of this season. Ramsdale also denied Jonny Evans from finding the back of net with the rebound from his save off the aforementioned Maddison free-kick.

In total, Ramsdale made eight saves at the end of the game. He also denied the likes of second half substitutes Ademola Lookman and Harvey Barnes as he earned his fourth clean sheet in seven Arsenal games.

Arsenal started the current run of three straight wins with the 3-1 home win over Aston Villa in their penultimate league game. They made it two wins in a row with the 2-0 home win over Leeds United in the Carabao Cup round of 16.

The Gunners beat Leicester City 3-1 in the league and 2-0 in the Carabao at their home last season and the latest win makes it three straight victories for the North Londoners at the home of the Foxes.